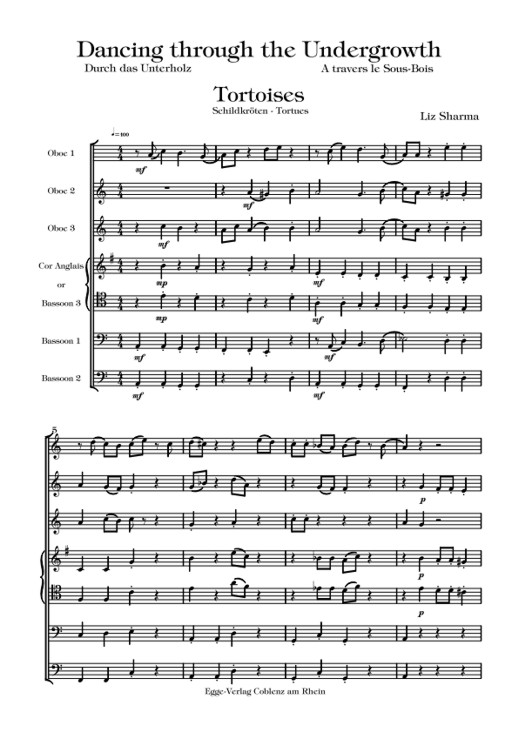 A more flexible work pattern since 2001 at last allows me to compose prolifically and a great deal of instrumental and vocal music is performed, both by adults and youth ensembles.

I was Composer in Residence at a course for advanced wind players in France 5 times, and at a festival for bassoonists of all standards & ages in Leipzig, twice.

I have composed for many music courses and Summer Schools, including courses atDartington International Summer School for the last 7 years.I was commissioned to set stories to music for a Dorset orchestra, with Martin Clunesasnarrator, in 2007, 2008, 2009, 2010 & 2011, and have just started work on the 2012 piece.